Stormwater Management and You 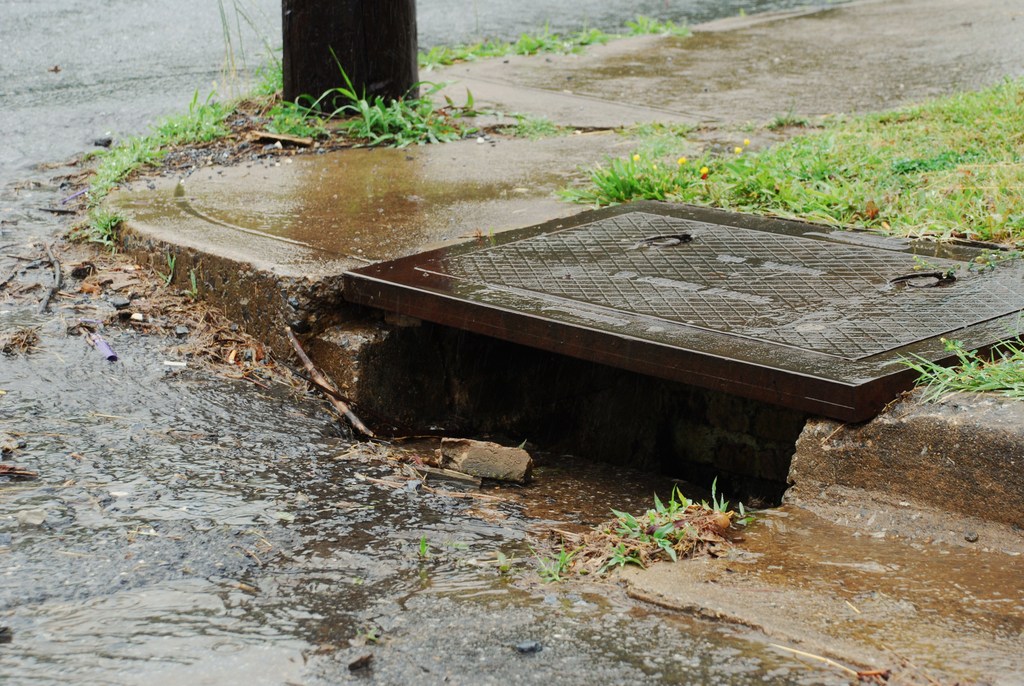 According the Environmental Protection Agency, stormwater is “the portion of precipitation from rain, snowmelt, etc. that runs off pavement, rooftops, and lawns in urban areas.” You have probably observed stormwater running down the street during heavy rains. What happens to this stormwater after it runs off of the street depends on the type of stormwater management practices are in place in a locality.


What does stormwater management mean to property owners?


What does stormwater management mean to Lynchburg?

Stormwater management means not just taking care of the stormwater from a single storm event, but also complying with state and federal regulations, which include public education, construction site compliance and inspection, an illicit discharge elimination program, and public services like street sweeping and leaf collection.

Did you know that the City has over 500 miles of curb and gutter that help to manage stormwater? Last year, City crews cleaned out over 7,600 curb inlets and our street sweepers removed 366 tons of debris from the streets. These activities are required as part of our Municipal Separate Storm Sewer System Permit (commonly referred to as “MS4”). Other services such as ditch maintenance and inlet cleaning are performed in response to citizen complaints or requests. Additional regulations are currently being developed that will require the City of Lynchburg to provide an even greater level of stormwater management.

The largest of these regulations is related to the Chesapeake Bay, to which the James River is a tributary. In March of 2009, President Barack Obama signed an Executive Order that recognized the Bay as a national treasure and called on the federal government to lead a renewed effort to restore and protect this watershed. As a result, the EPA is leading a major initiative to establish and oversee achievement of a strict “pollution diet” to restore the Chesapeake Bay and its supporting network of rivers, streams and creeks.

This regulation, referred to as a Total Maximum Daily Load (TMDL), will be approved by the end of 2010, and Lynchburg (along with every other community within the Bay watershed) will have two-year compliance milestones beginning in 2013. The deadline for achieving the final goals of the “pollution diet” is 2025.


Are there other regulations we need to be concerned about?

The Chesapeake Bay is not the only future regulatory driver. Locally, our creeks and streams are on the impaired waters list for bacteria. These bacteria come from agriculture and farming sources such as cattle and farmland, and more urban related sources such as pet waste, failing septic tanks, and the City’s combined sewer system. This impairment has resulted in the development of a TMDL, which identifies the sources and levels of bacteria. Currently, the implementation plan for this TMDL is being developed, which will be the road map for how the City reduces bacteria to levels that are acceptable. This plan will be completed by the end of 2010.


What do all of these developing regulations mean to Lynchburg?

At this point, the only thing that is certain is that we’ll have to greatly expand stormwater management services to reduce the quantity and enhance the quality

of our stormwater runoff. To prepare for the changes ahead of us, the City has recently begun evaluating their stormwater management practices and services to ensure that citizen needs and the requirements of upcoming, unfunded state and federal mandated stormwater requirements can be met effectively and efficiently. This study will be conducted by a consulting team from Camp Dresser & McKee, Inc.

As part of this study, a Stormwater Advisory Committee was formed to provide a forum for key stakeholders from the community to be involved early and throughout the decision-making process. Other interested and affected citizens will also be invited to provide feedback at key times during the study at public information meetings, possible “open house” forums, and via the City web site.