The area comprising the Rivermont Neighborhood was not incorporated into Lynchburg until 1900 and was largely undeveloped farmland during the 19th century. It was planned and developed by the Rivermont Company beginning in 1890 with the construction of the Rivermont Bridge spanning Blackwater Creek at the northwest end of Main Street. The Rivermont Neighborhood was conceived as a residential development and has remained so to this day. Its housing stock encompasses a rather narrow range of domestic building types, consisting primarily of single-family detached residences, although a smaller number of duplexes and apartment houses were built as well.

The Rivermont Neighborhood is an eclectic blend of historic structures, built through the 20th century that create a unified and well-balanced area. Indeed, it is one of the best-planned neighborhoods in Lynchburg, if not the region and state.

From its beginning, the Rivermont neighborhood has consisted primarily of single-family detached residences, usually two stories in height, with gable or hipped roofs often covered with metal standing seam sheets or slate shingles. Houses always faced the street and had auxiliary buildings such as garages and sheds located to the rear of the yard. Building materials include both wood and brick (stone was rarely used as a construction material). Most of the buildings dating from 1890-1910 period were of frame construction and were built on raised brick basements, had prominent porches along the front, interior brick chimneys and double-hung sash windows. Most houses were given some form of individuality by decorative exterior woodwork such as brackets, shingles, vents, cornices and porch columns. 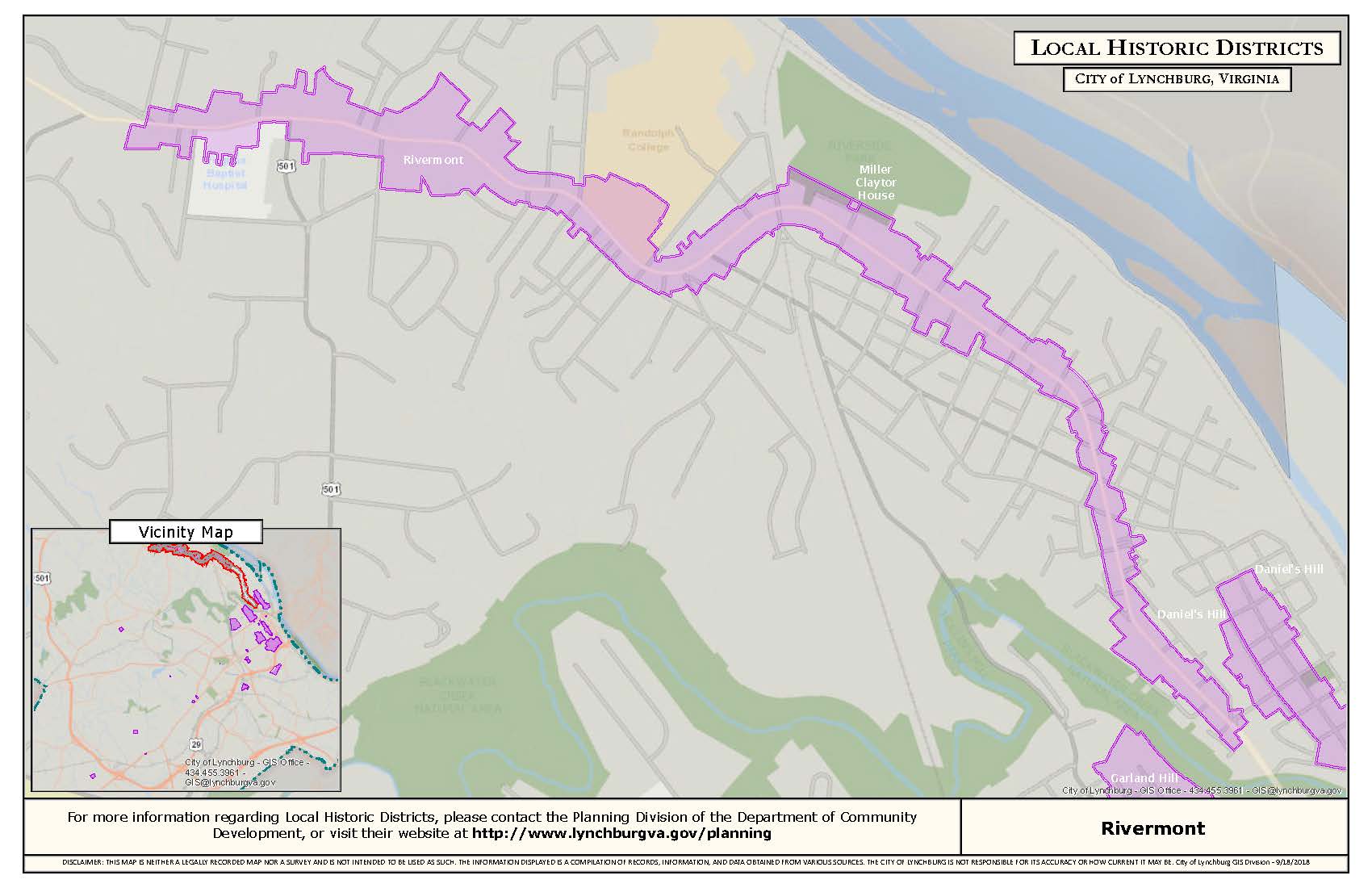