Renaissance is the smallest of Lynchburg’s historic districts and part of a much larger residential neighborhood that was developed mostly after annexation in 1870.  Although there are many architecturally significant buildings within the Historic District, the primary reason for local historic district designation was based on National Register Criterion B: “Properties that are associated with the lives of persons significant in our past.”  To name some of them, Anne Spencer was the first minority librarian at the Jones-Dunbar branch library and the first Virginian to be published in the Norton Anthology.  Her son, Chauncey Spencer, was one of the first members of the minority National Airmen’s Association, which later became known as the Tuskegee Airmen.  Edward Trigg was the first Lynchburg minority to become the President of two nationally acclaimed universities.  Dr. R. Walter Johnson was the first minority physician granted practice rights at Lynchburg General Hospital.  He also was instructor to tennis greats Arthur Ashe and Althea Gibson.  C. W. Seay was the first minority principal at Dunbar High School and first minority Vice Mayor of Lynchburg.

With fourteen contributing buildings and four outbuildings, Pierce Street Renaissance is currently the smallest historic district in Lynchburg.  The houses are mostly of frame construction, although there is a significant brick Georgian house in the District.  A church and two stores are also located within the historic boundaries.  Architectural styles include Georgian, American Four-Square and Modified Queen Anne.  Most of the buildings are of the Vernacular style.  There are five non-contributing buildings and four vacant lots within the District. 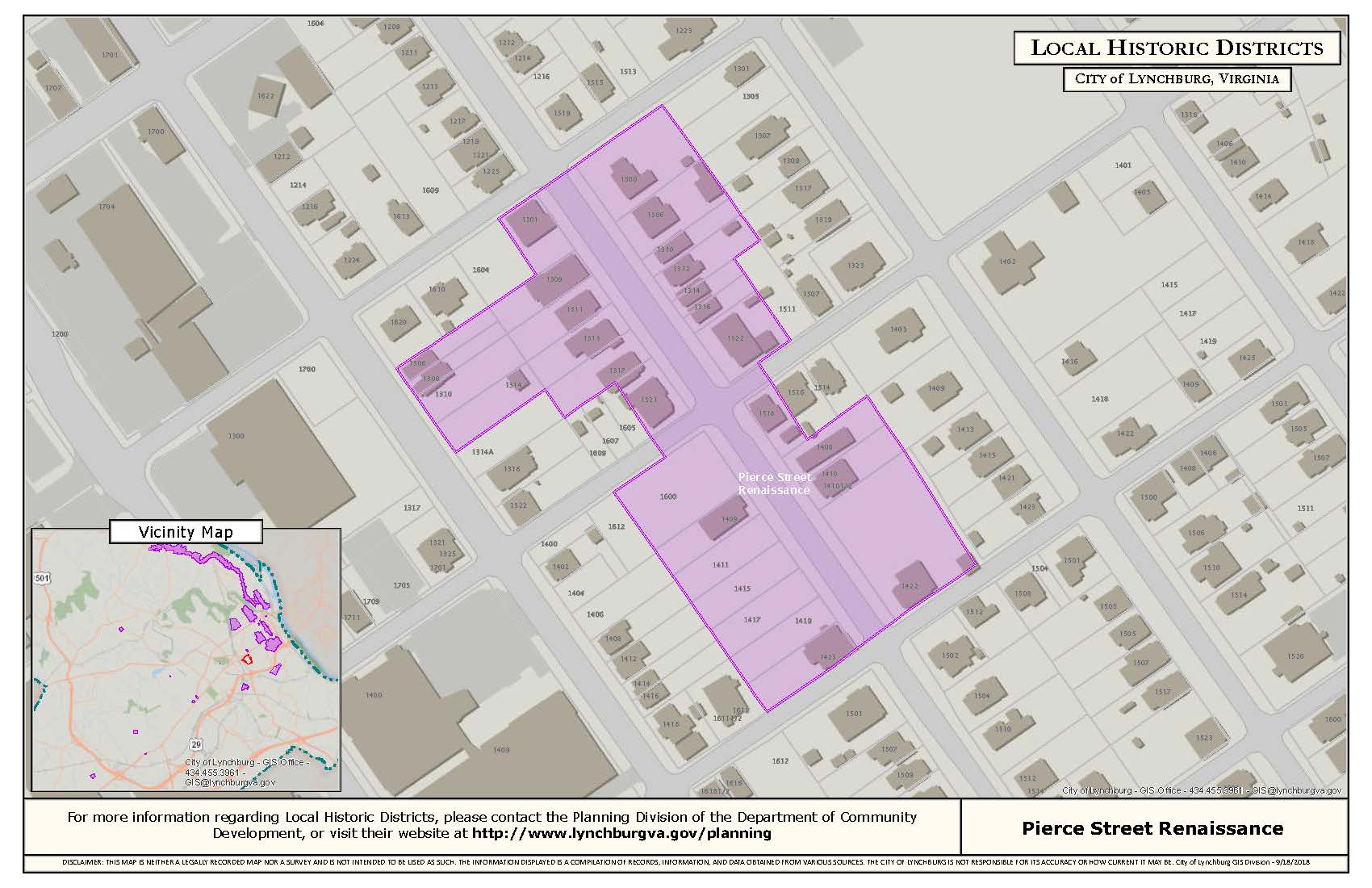