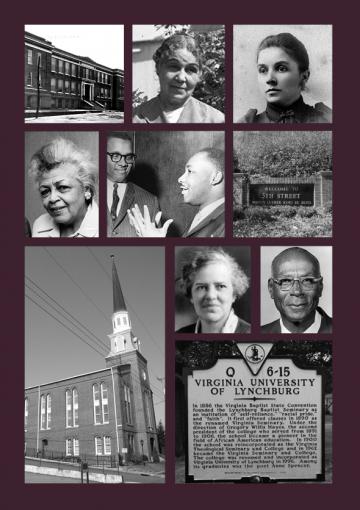 Should Fifth Street be renamed for the late Civil Rights icon Dr. Martin Luther, King, Jr.? How should Lynchburg commemorate the contributions of its African American citizens? These are the questions citizens will be asked on a survey which is the first step in a process to gather public input on ways to best honor the rich history and contributions of Lynchburg's African American citizens.

The initial question arose when a request was sent to City Council asking that Fifth Street be renamed for Dr. Martin Luther King, Jr. Fifth Street currently carries an overlay (honorary designation) of Dr. Martin Luther King, Jr. Boulevard.  City Council requested staff begin the process of gathering public input, not only regarding whether Fifth Street should be renamed, but also how best to honor Lynchburg's African American citizens.

Staff has devised a community engagement plan that includes a community survey, virtual town hall meetings and in-person listening sessions. The information gathered from these activities will be compiled for community consideration and a public hearing that will be conducted to discuss recommendations for City Council consideration later this fall.