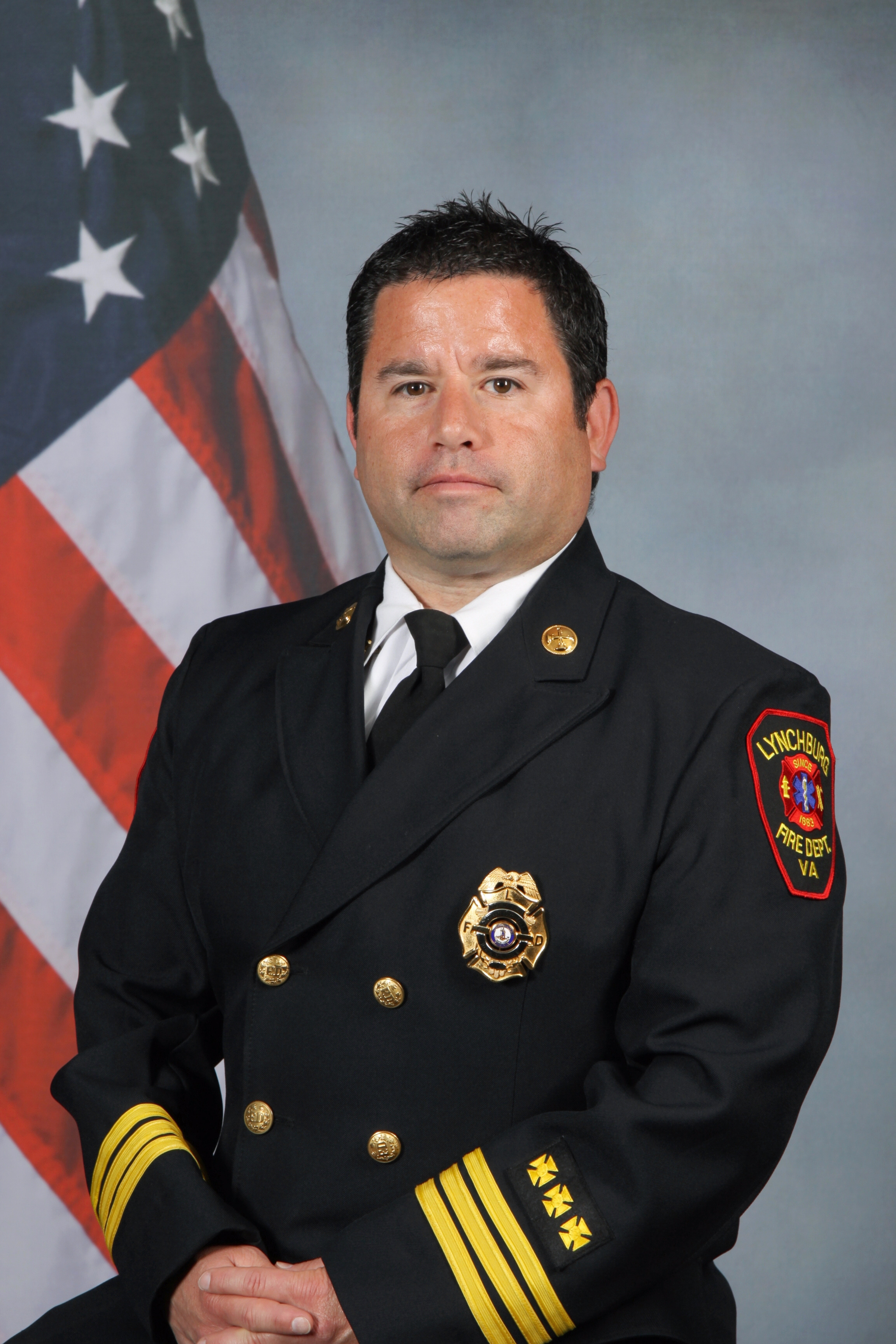 Falling in love with the Central Virginia area after becoming a permanent resident of Lynchburg in 1993, Greg graduated from Lynchburg College in 1995 and was hired by the Fire Department that same year. It wasn’t long before he realized his true calling as that of a public servant. Greg obtained his National Registered Paramedic certification in 1998, and in 2001, he was promoted to Captain at Station 3, supervising eight staff operating three apparatus. In 2007, Greg was promoted to Battalion Chief and was named the Fire Marshal for the City. In 2010, he obtained his Masters Certificate in Local Government Management from Virginia Tech and obtained his Masters Degree in Public Administration from Old Dominion University in 2016. Having been a Field Battalion Chief for two years, Interim Training Chief, and Interim Deputy Chief, Greg has come up through the ranks and was promoted to Deputy Chief in October of 2015. He was promoted to Fire Chief February 21, 2018.

Greg holds many Technical Rescue Certifications and is certified as Fire Officer IV.  In addition to participating in educational opportunities in Central Virginia, Greg maintains instructorships in Pediatric Advanced Life Support, CPR, and Advanced Cardiac Life Support.  Greg volunteers in the community, serving as a board member on three different community-driven projects/associations in the Lynchburg area.

To ask the Fire Chief a question click here.