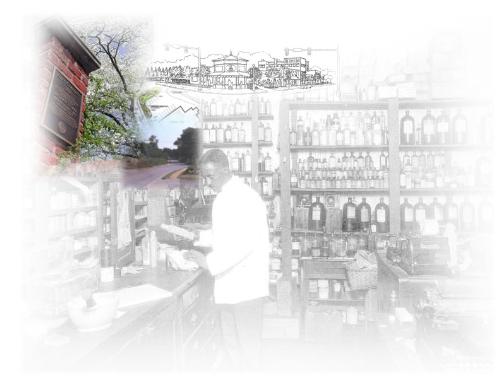 The Fifth Street Corridor Master Plan was adopted by City Council on May 23, 2006. The plan establishes the vision for a rehabilitated and revitalized corridor that serves the needs of the surrounding neighborhoods. The City has committed Community Development Block Grant, Capital Improvement Program and Water and Sewer funds to improve the underground utilities and streetscape over three phases. Phase I was completed in September 2009 and included the replacement of water and sewer lines in addition to a modern urban roundabout and complimentary streetscape between Jackson and Harrison Streets. Phase II was completed in July 2014 and continued the water and sewer line replacement and streetscape improvements from Harrison Street to Main Street. Phase III will extend streetscape and utility improvements south between Jackson and Taylor Streets. Phase III construction is anticipated to start in the Fall of 2017.

The Fifth Street Corridor is seeing considerable private development as a result of the streetscape improvements. The old tobacco warehouse at 410 Court Street is undergoing renovations to be a 21 unit apartment building and on the adjacent lot at 317 Fifth Street, a new 22 unit apartment building is under construction. 701 and 703 Fifth Street have been renovated for retail space and loft apartments and nearby an urban style Family Dollar is under construction at 408 Federal Street. Finally, a new wellness center is being designed for the old Adams Motor Company parking lot at 800 Fifth Street. Momentum is building on Fifth Street and revitalization is underway!

Large file, please be patient as it opens.