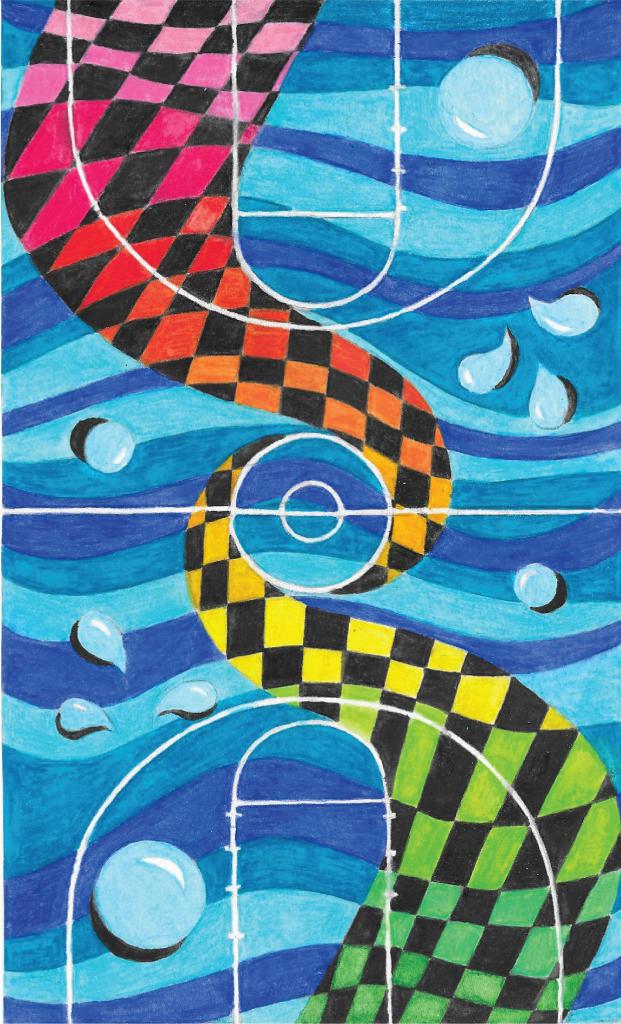 A new basketball court is being located at the base of the amphitheater in Jefferson Park. The mural to the left was voted on by the neighborhood to be put on the surface of the court. Final suggestions for edits are being accepted at the Jefferson Park Neighborhood Center until May 2022.

Approximately $100,000 of Community Development Block Grant (CDBG) funding was set aside for improvements in the Dearington neighborhood in 2019. After consulting with the community in April 2019 at the kick-off for the neighborhood center improvements, it was determined the funding should be used at Dearington Elementary School for Innovation (DESI) to fix uneven settling on the kickball field due to the presence of a historic landfill and to create an outdoor classroom and community gathering space. As funds allow, a community garden may also be implemented for use by the school and the community.

After decades of use and being "well-loved," in 2019, the interior of the Jefferson Park Neighborhood Center was renovated using Community Development Block Grant (CDBG) funds. The renovation involved new flooring, lighting, and finishes to revive the space for continued use. Visit the page at the link above for more information and photos.

In 2016 and 2017, the City of Lynchburg repaired an erosion scar that exposed landfill waste and rerouted stormwater drainage around the historic landfill in Jefferson Park. The hope is that rerouting the stormwater will reduce further uneven settling of the landfill and minimize it when the landfill itself can eventually be leveled. During the evaluation and remediation work in 2015 and 2016, the presence of methane was detected on the Jefferson Park landfill site. Methane is only considered a hazard when it can concentrate in an enclosed space. Since the gas was detected at low levels and is able to immediately dissipate into the air, it has been determined that there are no public health concerns or requirements for further action.